Listen and read.
The first inhabitants of the British Isles spoke Celtic. Very little is known of the earliest inhabitants of the British Isles, but the great stone structure of Stonehenge provides evidence of their advanced Bronze Age culture. There are Celtic place names in Britain: Avon (river), Dover (water). The Romans spoke Latin in Britain, but the British did not. There are some Latin place names: Winchester, Lancaster, Manchester (from castra = camp).

During the 5th century AD three Germanic tribes (Saxons, Angles, and Jutes) came to the British Isles from various parts of north-west Germany as well as Denmark. They pushed the Celts to the borders.Through the years, the Saxons, Angles and Jutes mixed their different Germanic dialects. This group of dialects forms what linguists refer to as Old English or Anglo-Saxon.  They called their language “Englisc”. The basic words of English are of Anglo Saxon origin. Ex: father, man, child, you, drive, work, pig, this, dog, wife, daughter, house, people, family, water, time, fish, look, night, day, sun, what, some.
The arrival of St. Augustine and other Christian missionaries in 597 and the introduction of Christianity into Saxon England brought more Latin words into the English language: fork, school, spider, tower, rose, lily, cross, paradise, paper, angel.
In the late 8th century the Vikings began to invade Britain, bringing a Scandinavian influence to both language and literature. Words derived from Vikings include sky, egg, cake, skin, leg, window, husband,  fellow, skill,
anger, flat, odd, ugly, get, give, take, raise, call, die, they, their, them. 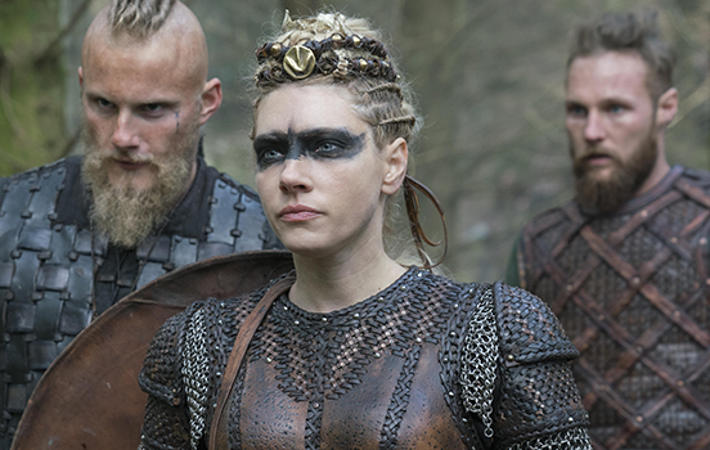 The most important literary work in Old English is a heroic epic poem called “Beowulf“. This epic poem describes the hero Beowulf marching with his fourteen warriors and arriving at Heorot. The king of Heorot is terrified by a monster called Grendel. Beowulf kills Grendel and his monster-mother. After that he returns to his country and becomes the king there and rules his kingdom for fifty years. He dies of the wounds he got once during the combat fought with a dragon.

“The legend of Beowulf”

In 1066 A.D. William the Conqueror, the Duke of Normandy, with the Normans from Northern France invaded and conquered Britain. 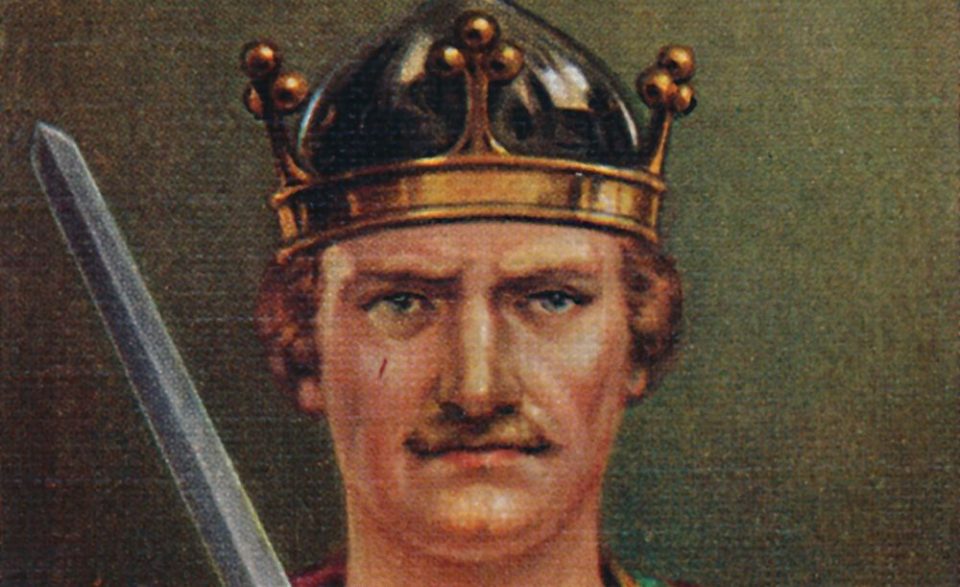 They spoke a French dialect that became “Anglo-Norman”. They ruled Britain for over 300 years. Common people continued to speak English and the official documents were written in Latin. The upper classes spoke Norman French. French was used to talk about more important or sophisticated things: painter, merchant, beef, bacon, castle, prince, judge, court, battle, soldier, peace, money, beauty, jewel, biscuit, mirror, poet, chapter, literature, uncle, parents, park, nation. This language was called Middle English, but it would be difficult for native English speakers to understand it today. This mixture of Old English and Anglo-Norman that is usually referred to as Middle English. The most famous example of Middle English is Chaucer’s “The Canterbury Tales“.

It is the story of a group of pilgrims going to the shrine of Sir Thomas Beckett in Canterbury. Everyone has to tell a story. Chaucer introduced 2000 new words like ignorant, difficult, examination, finally, scissors, theatre, village.

In 1476 William Caxton introduced the printing press in Britain. This was an incredibly important event because it helped to unify the various dialects and spellings of the words in the country. In these centuries the first Bible in English was printed and the first English dictionary was published. 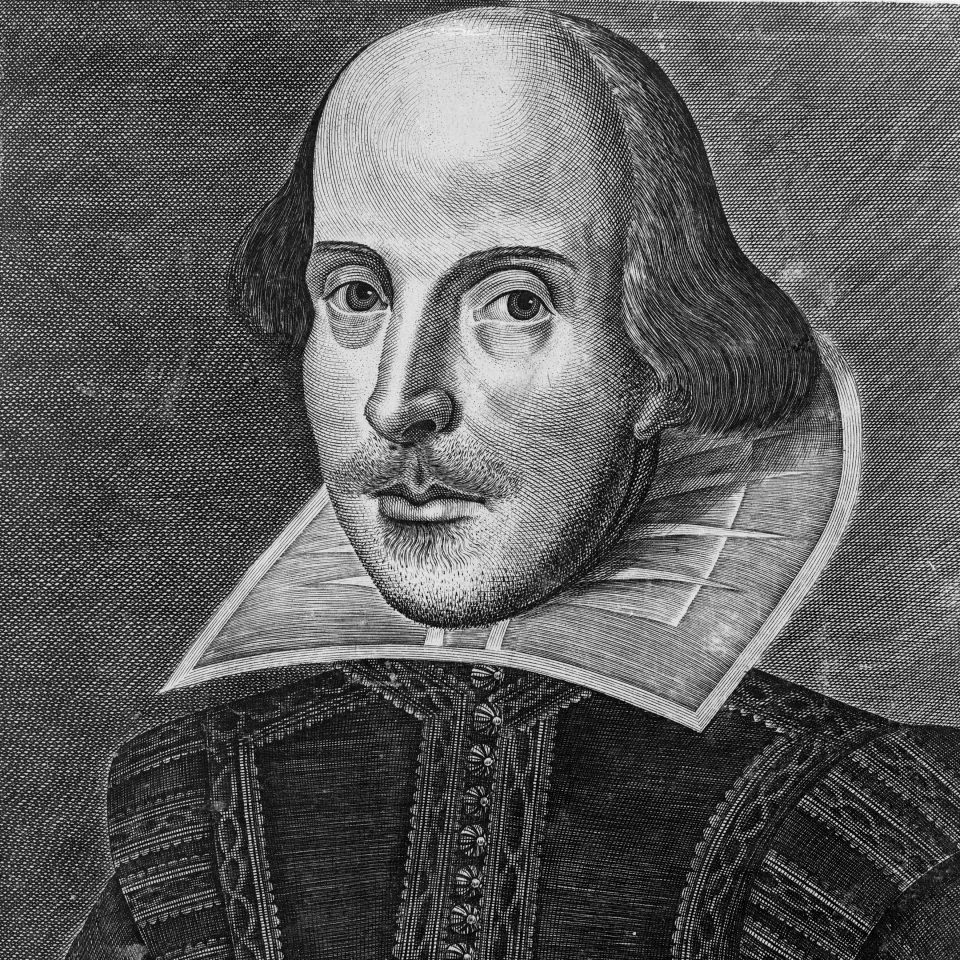 The playwright and poet William Shakespeare changed the English language in the late 16th and early 17th Century. He gave the English language many phrases and sayings, which English speakers still use every day.
Britain was an Empire for 200 years between the 18th and 20th centuries and English language continued to change as the British Empire moved across the world – to the USA, Australia, New Zealand, India, Asia and Africa. They sent people to settle and live in their conquered places and as settlers interacted with natives, new words were added to the English vocabulary. 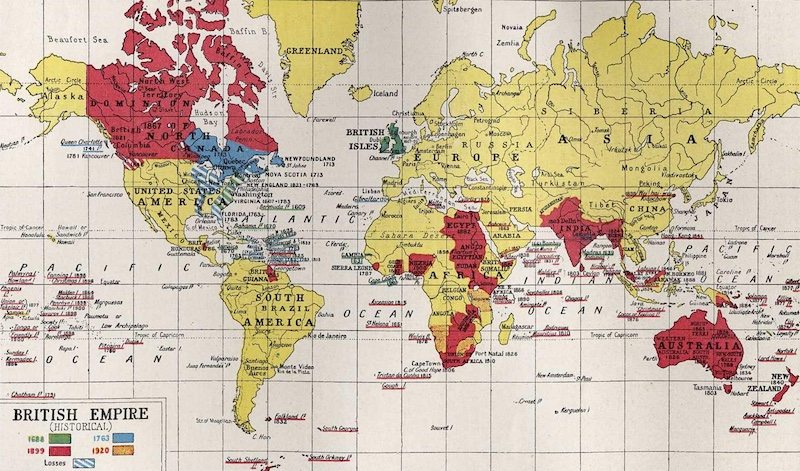 With the increase in communication, travel, radio and television, all these different types of English have mixed. Words from many other languages – French, German, Spanish, Arabic have been borrowed. So English continues to change and develop, with hundreds of new words arriving every year.