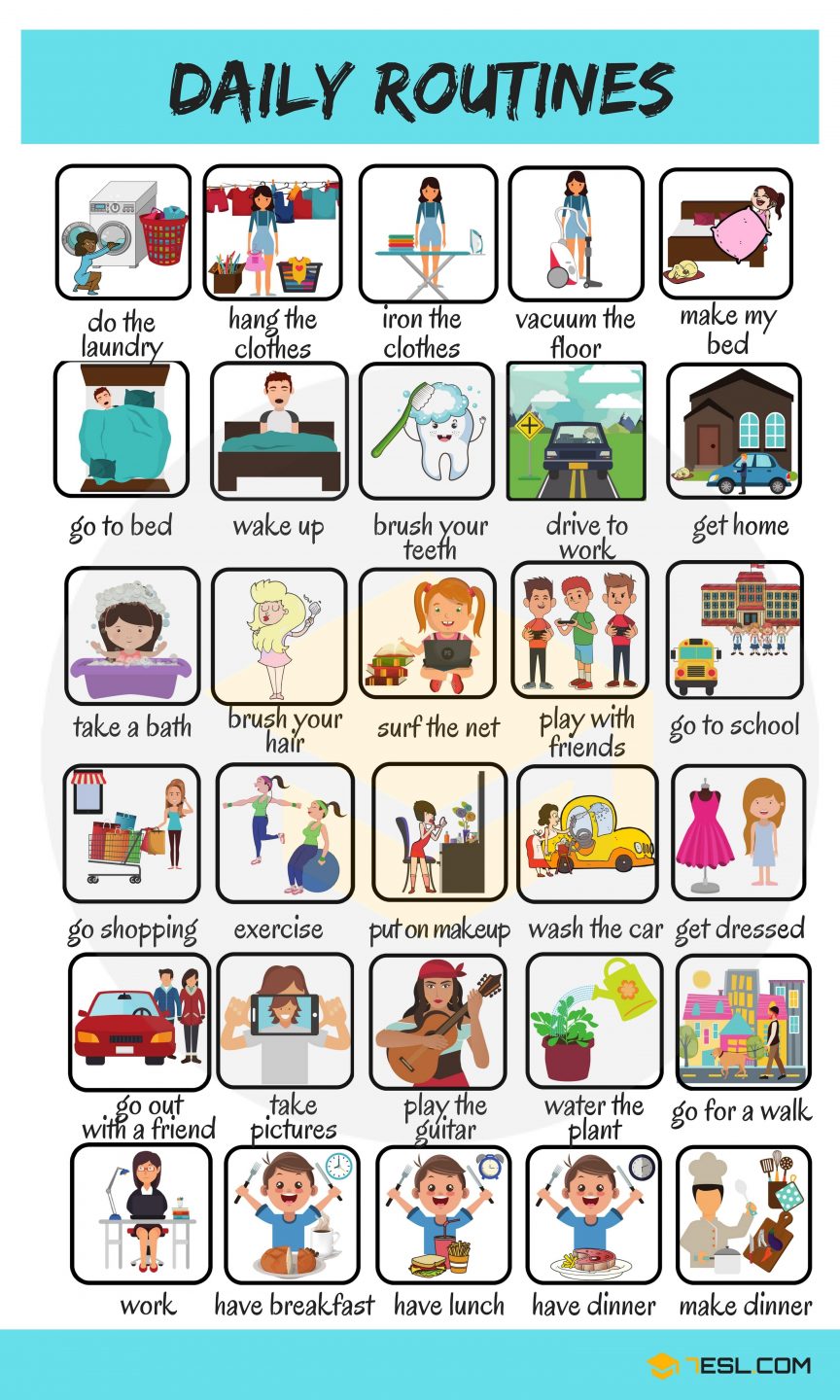 On weekdays Peter always gets up at ten past seven (he gets up later on Saturdays and Sundays – usually at 9 o’clock). He has a shower and gets dressed. Then he has a big breakfast. He has cereal, toast with butter and marmalade, and lemon juice, and goes to school at quarter past eight. He goes there by bus. School starts at half past eight. He has about six lessons every day (English, Maths, French, Computer Technology, Science, History, Geography and Physical Education). His favourite school subjects are Maths and Computer Technology. Breaktime is from ten past eleven to twenty-five past eleven. He has lunch in the school canteen three times a week. He often has a sandwich, or a salad, or fish and chips. To drink: water, fruit juice, coke. On Tuesdays and Fridays he goes home and has lunch with his family. His favourite drink is coke and his favourite food is rice. School finishes at 4 o’clock and Peter goes home. He always has dinner with his family at 8 o’clock. He has meat, potatoes and a variety of vegetables. He often helps his parents with dishes and then he does his homework. If he has time, he watches TV or listens to some music. He usually goes to bed at 11 o’clock.
On Tuesday and Friday afternoons he goes playing football. He can go out with his friends on Saturday and Sunday afternoons.