British people usually have several meals a day.
Breakfast is the first meal of the day. The traditional English breakfast consists of fruit juice, cereal with milk and sugar; bacon and eggs, or sausages and tomatoes; butter and jam on toast; tea or coffee. Today people don’t have much time to eat a hearty breakfast and so they just have a glass of fruit juice, a yoghurt or cereal with milk and sugar, some jam on toast, and a cup of tea or coffee. 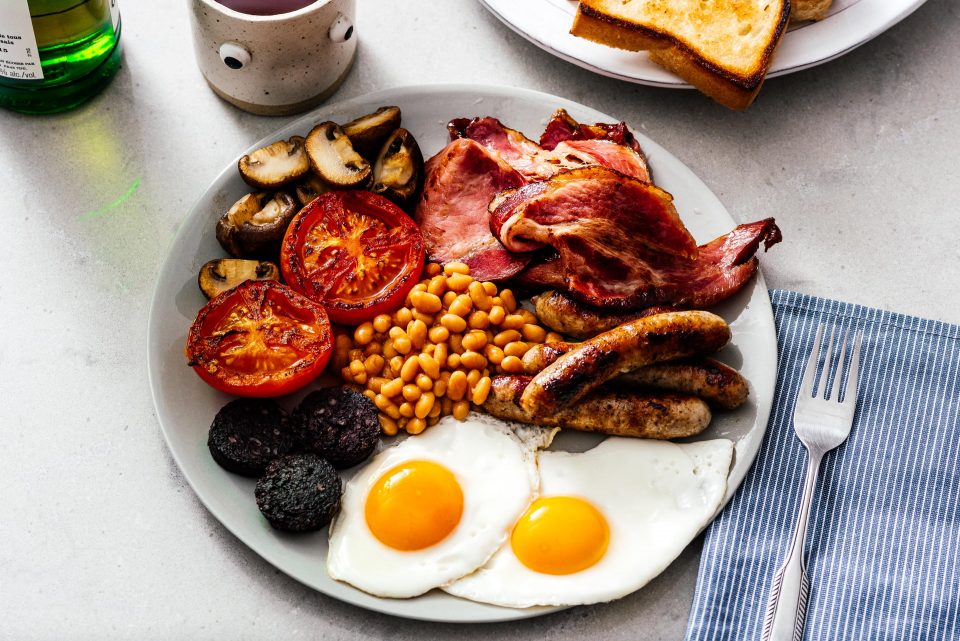 Lunch is a light meal, generally between about 1 and 2 o’clock. People at work and students often have a sandwich, or a salad, or fish and chips. To drink: water, fruit juice, coke, tea, coffee.

They have the teatime in the afternoon, at about five o’clock. It is a break when people have a cup of tea with biscuits or cakes. 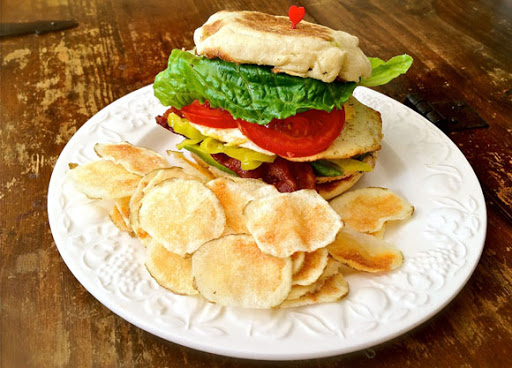 The evening meal (some people call it dinner, other people call it tea or supper) is early in the evening, between 6.30 and 8 o’clock. It is the main meal of the day and generally consists of meat, potatoes and a variety of vegetables. It usually ends with a dessert. 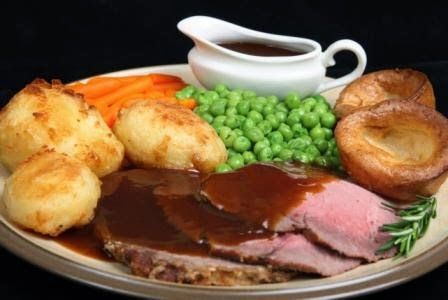 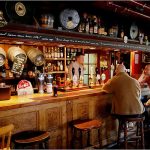 There are not so many tipically British restaurants around but you can eat excellent British food in pubs. Pubs are everywhere in big cities, towns and small villages and serve traditional meals like steak and kidney pie (pasticcio di rognone), roast dinners (roast beef or pork with potatoes) and fish and chips.
Ethnic restaurants are extremely popular in Britain. You can find Indian, Chinese, Greek, Italian and Thai restaurants everywhere. British people like foreign meals a lot. Pizza and fast food restaurants are very common. They offer quick meals at low prices and are always full of young people.
Fish and chips shops also provide quick meals (usually cod) and fried potatoes called chips. You can eat your meal in the shop or take it away. 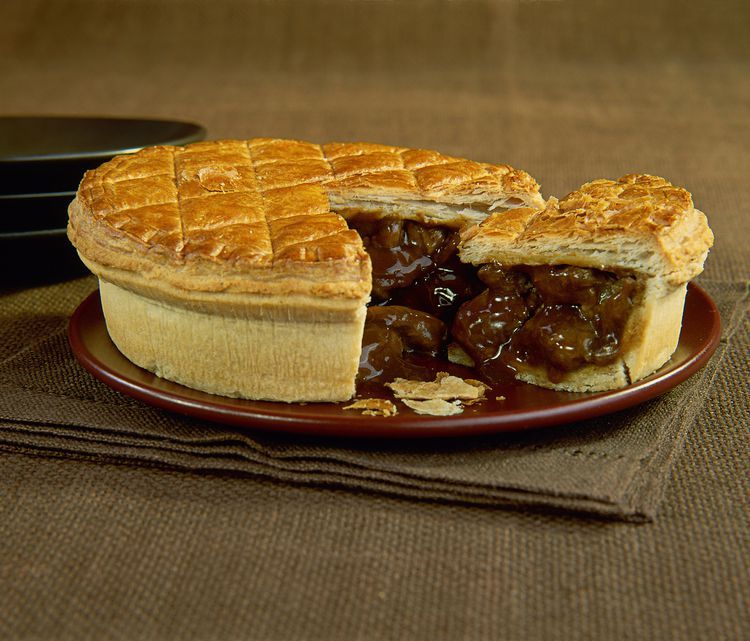 A steak and kidney pie (pasticcio di rognone), as served in a pub.