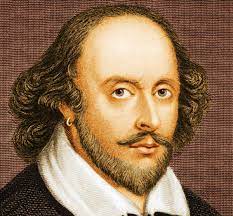 William Shakespeare, the greatest playwright in the English language, is known all over the world and many of his plays are now also made into films. He was born in Stratford-on-Avon ( in the county of Warwickshire, England) probably on April 23rd, 1554.
Little is known about his education. Tradition says that he attended the local grammar school for a time.
At 18 he married Anne Hathaway and had three children.
The date of his arrival in London is not certain. In London he started to work as an actor and then as a playwright. From 1592 onwards Shakespeare enjoyed popular favour and in a few years he became a rich man. He bought a large house in Stratford, New Place, to which he retired in 1611 and where he died on April 23rd, 1616. 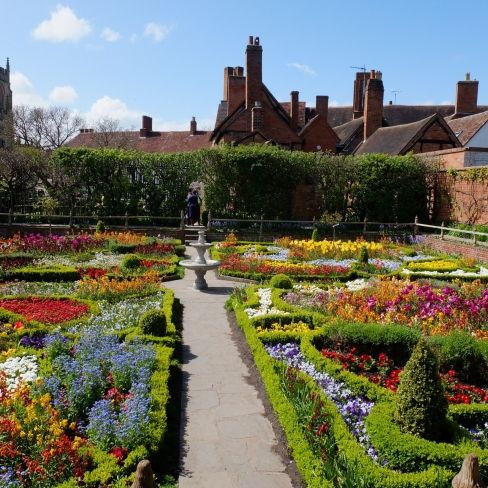 Shakespeare wrote thirty-seven plays, a few poems and 154 sonnets.
Shakespeare’s plays (a play is a piece of writing usually performed by actors in a theatre) fall into four basic groups. There are the histories (a historical play is a play dealing with real events in history), dating from around 1590 to 1599; the comedies (a comedy is an amusing play usually with a happy ending) from the early 1590s to about 1604; the tragedies (a tragedy is a serious play with a sad ending) from 1595 to around 1608; and in the last years of his career, between 1608 and 1611, he was producing a kind of romantic tragi-comedy exemplified by “The Tempest“. 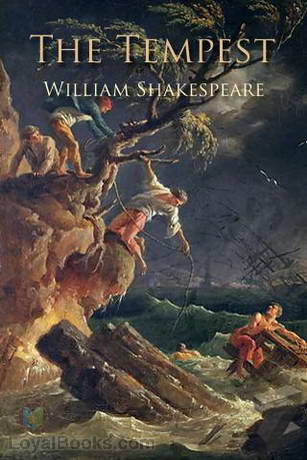 The genius of Shakespeare was first revealed in his comedy, which combine fancy and humour in a basically joyous atmosphere (such as “A Midsummer Night’s Dream” and “The Merchant of Venice“). But Shakespeare’s great triumph lies in his tragedies (such as “Macbeth“, “Romeo and Juliet“, “Hamlet“, “Othello“) in which he masterfully depicts all the stormy passions of man. Ambition, pride, jealousy, lust, ingratitude and many different moods hold the audience’s attention and interest of the reader with irresistible force.
His dramas are universal because they contain eternal and humans truths applicable to men of all epochs. 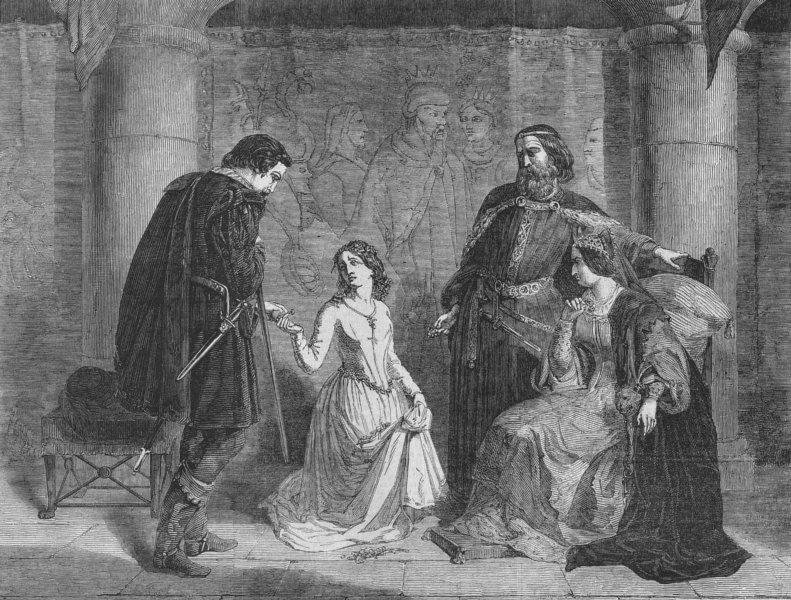 Shakespeare did not excel only in drama, but he was also a great poet who composed poems full of warmth and lyrical power. His 154 Sonnets represent the deepest and most varied expressions of love in English.

Listen and read a summary about the tragedy “Romeo and Juliet”, written by William Shakespeare. It was among Shakespeare’s most popular plays during his lifetime.