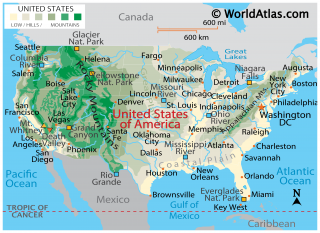 The United States of America is one of the largest countries in the world. It is a federation of fifty states, including Alaska and Hawaii. The federal capital is Washington. Its major cities are New York, Los Angeles, Chicago, Philadelphia and San Francisco.
The east coast of the United States is on the Atlantic Ocean and the west coast is on the Pacific Ocean. 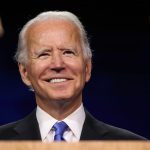 The USA is a presidential republic. Joe Biden is the 46th and current president of the United States, having assumed office on January 20, 2021.
The president lives in Washington.
The national currency is the US dollar.
Most people speak English, but a lot of people speak Spanish and other languages.
The USA has some of the richest farmland in the world, but it’s also a major industrial country.
The US is a very large country and a land of great contrasts. There are large lakes, long rivers, high mountains, immense cornfield, and arid deserts. When you think of USA, you have to think big. 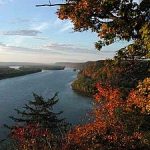 The nature in the USA is really amazing!
The Mississippi is one of the longest rivers in the world. Together with the Missouri, it is about 6,000 kilometres long. Boats can sail from Minneapolis, in the north, down to New Orleans.
You can find old paddle boats and modern ships crossing the USA on the Mississippi River.
There are mountains in the north-west and in the east of the country.
There are also beautiful mountains in the state of Alaska and volcanoes in the state of Hawaii. 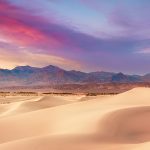 Death Valley is not a real valley, it is a desert, in south-east California. It is the lowest point in the western hemisphere and one of the hottest and driest places in the world. It never rains there, and the temperature can rise to 57°. But Death National Valley Park is also very interesting, so hotels and ranches were built for tourists.
The Grand Canyon is in Arizona. It is one of the most wonderful landscapes in the world. 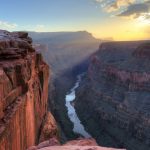 It is a narrow and deep valley, created by the Colorado River. The Pueblo Indians (Native American groups that lived in the southwestern area of the United States) lived there long time ago.
On the walls of the Canyon you can see wonderful shapes and colours, created by light and sun. The Gran Canyon was discovered in 1540 and the National Park was created in 1919. 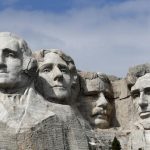 Mount Rushmore is in South Dakota.
It is a special attraction. An American sculptor carved the gigantic heads of four American Presidents (George Washington, Thomas Jefferson, Abraham Lincoln and Theodore Roosvelt) on the rocks. The faces are 18 metres high and can be seen from 100 kilometres away).